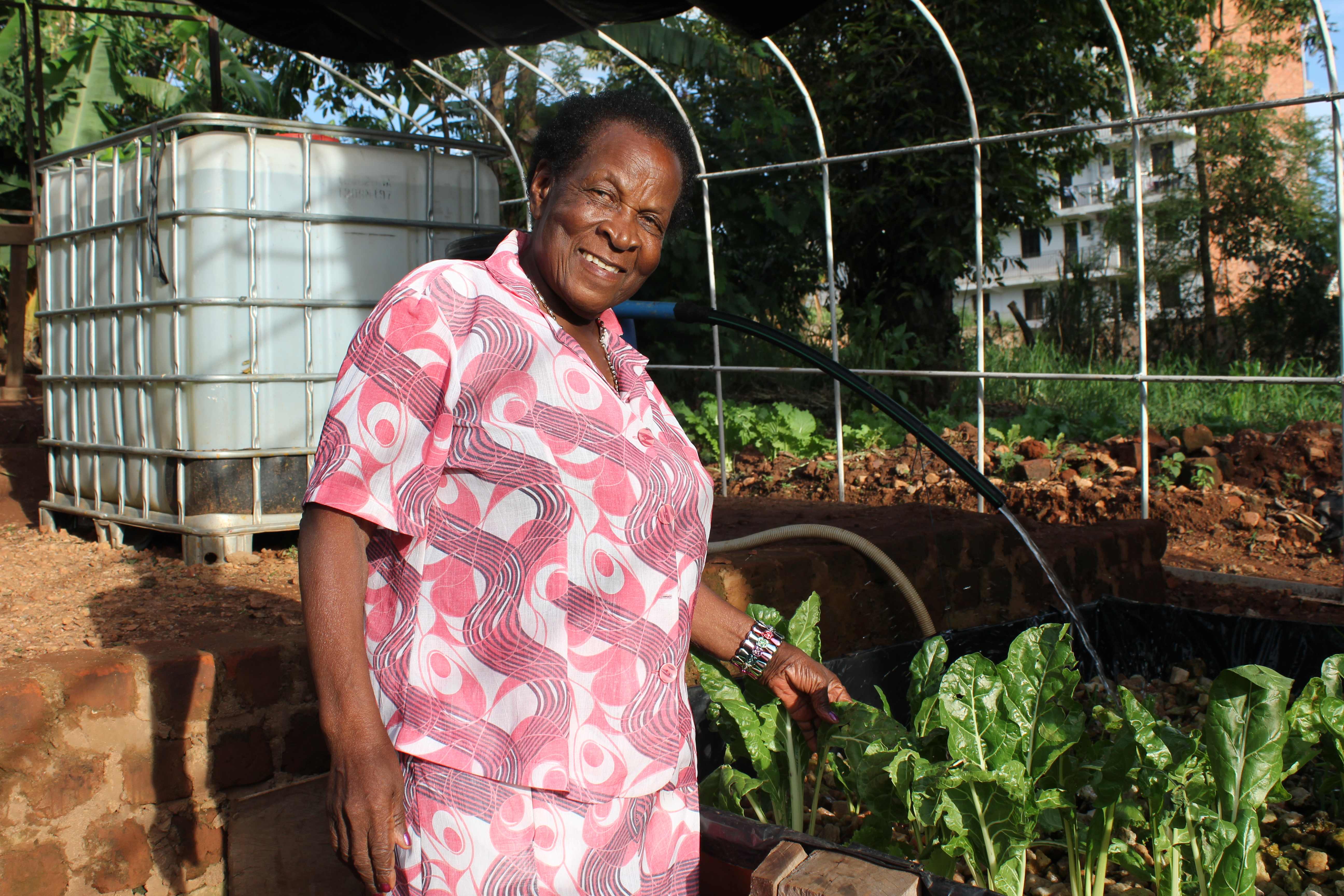 Retired schoolteacher Anne Mary Mabira, 85, with her backyard aquaponics system in Kampala, Uganda. In aquaponics, fish fertilize water for vegetables and vegetables filter water for fish. The technology has been gaining traction in the US, but is still virtually unknown in Africa. Photo: Jon Miller/Homelands Productions.

Keep your ears open for a new batch of What’s for Lunch radio stories about food and climate change on PRI’s The World. The series, part of the Food for 9 Billion project that Homelands Productions is producing with the Center for Investigative Reporting, airs Mondays and Thursdays through most of July.

If you miss it on the air, you can find it online on The World’s What’s for Lunch series page.

Upcoming stories are from India, China, Costa Rica, the Netherlands and Seattle, and look at issues ranging from human waste recycling to meat alternatives to urban foraging.

We’ve had a slew of stories broadcast since our last blog post. This past Monday, The World’s Mary Kay Magistad shared a meatless meal with Long Kuan, a Beijing-based pop singer who is promoting vegetarianism and veganism in meat-mad China. Last Thursday, independent producer Sam Eaton reported from Mexico on efforts to revive amaranth, a hardy and nutritious crop that once rivaled corn in importance. And last Monday, Jon Miller sent a dispatch from Qatar, where an international team of scientists is testing a suite of interlocking technologies to produce food, fresh water and energy in harsh desert areas.

You can catch Jon’s TV story about the Qatar project on the Food for 9 Billion website. While you’re there, you can watch the four other features we produced (from Singapore, India, Costa Rica and California) for PBS NewsHour on the week of June 10, and hear all the radio stories that have aired to date on The World, including reports on vertical farming in Singapore, China’s “clean your plate” campaign, industrial-scale low-carbon eating in Boston and the debate over GMOs in Uganda.

In fact, if you keep clicking the “next” button at the bottom of the page, you’ll find a trove of radio and TV stories, videos, blog posts and interactive features going back to November 2011.