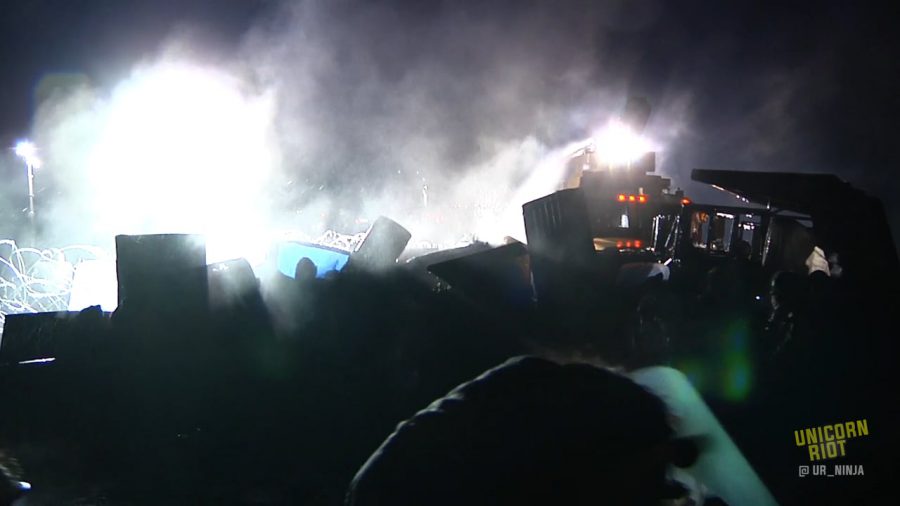 Police use water cannons to clear a protest camp at Standing Rock in North Dakota. Photo by Unicorn Riot via Vimeo.

Sandy Tolan spent several weeks researching a piece for the Daily Beast (to be co-published by Reveal, from the Center for Investigative Reporting) on police violence at Standing Rock, with reporting gathered over his five trips there since October.

“Six decades after tear gas, dogs, police batons, and hoses were turned on nonviolent civil rights marchers in the Deep South, those same tactics are deployed on overwhelmingly peaceful protesters in the Northern Plains,” he writes. “By all appearances, North Dakota has become the Selma of the North.”