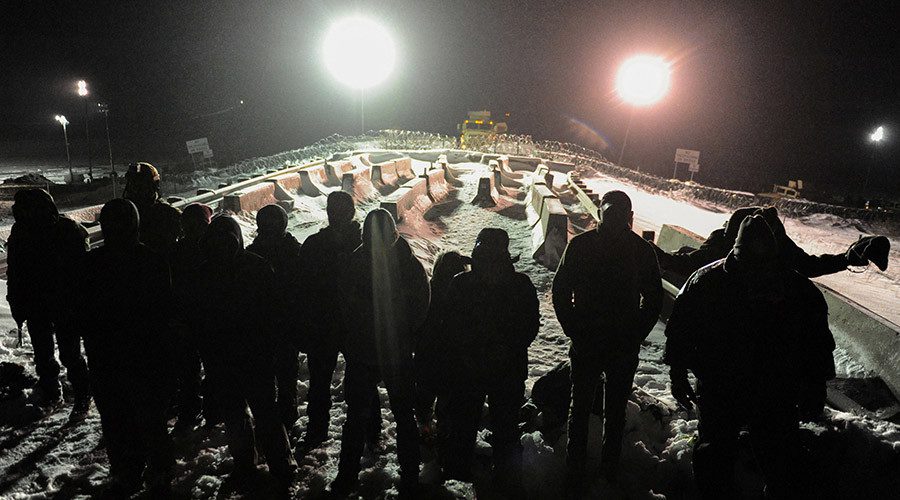 U.S. veterans prepare to confront police near the Cannonball River. Sandy Tolan reports that relations between protesters and the tribes are now strained. Photo by Stephanie Keith, Reuters.

Sandy Tolan has returned to North Dakota to report on the status of the Dakota Access Pipeline protests in the aftermath of the presidential order instructing the Army Corps of Engineers to expedite the approval of construction permits.

Sandy found growing conflict between tribal leaders and the “water protectors” who have set up protest camps near the proposed pipeline path. You can read his piece on The Daily Beast.