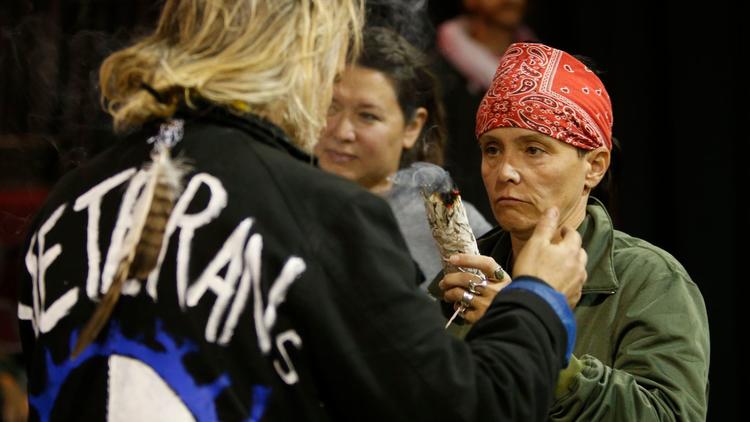 Veterans apologized to tribal leaders for past misdeeds committed against Native Americans by the U.S. military. Photo by Mark Boster, Los Angeles Times.

At a time when so much of the nation is divided by politics and ideology, the protest against the Dakota Access pipeline in North Dakota forged an unlikely coalition of veterans, Native Americans, and environmentalists who produced an even more unlikely outcome.

Sandy Tolan‘s story from Cannon Ball, ND, appeared in the Los Angeles Times on December 11. It’s a moving account of an emotional encounter.