Since August 13, Ecuadorians from across the political spectrum have been observing a nationwide strike and marching in the streets against the policies of President Rafael Correa. Homelands’ Bear Guerra has been documenting the protests, which have received little attention in the international press.

The demonstrations have largely been peaceful, but there have been more than 130 arrests to date, and many injuries to both protesters and the police.

The strikers, led by indigenous communities from around the country, call out Correa on a wide range of issues, including resource extraction in the Amazon, women’s rights, pension cuts, and the president’s bid to change the constitution to allow him to seek indefinite re-election.

A selection of Bear’s photos is below; you can see more on his website. 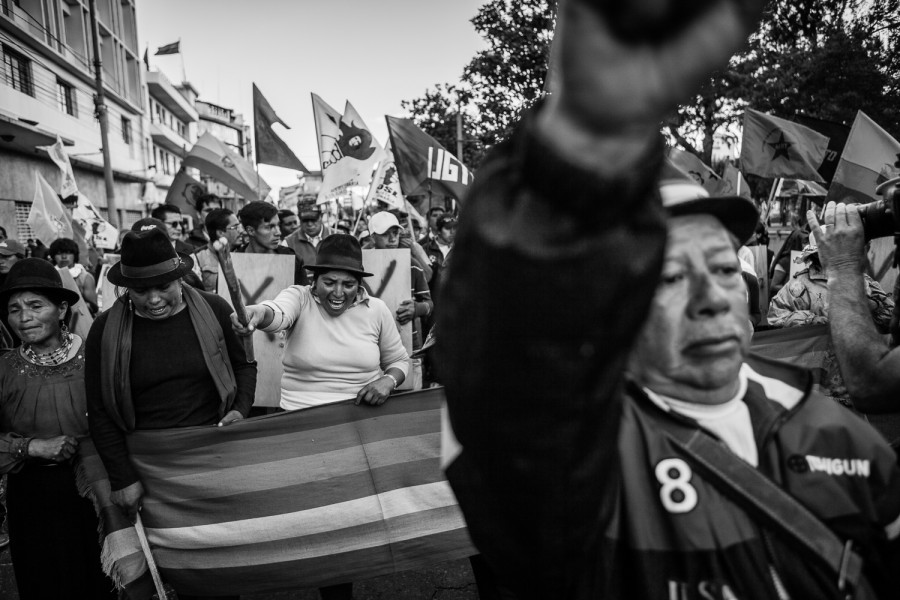 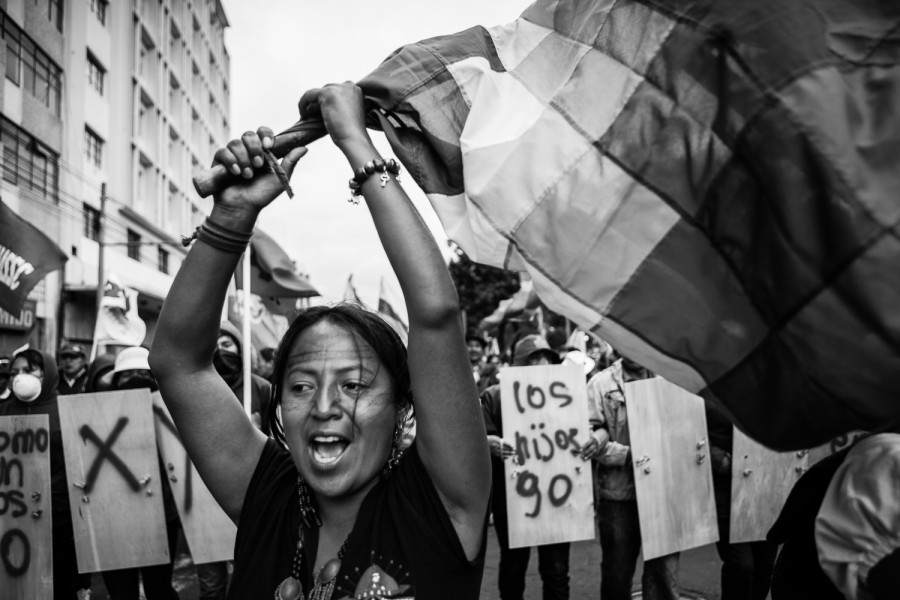 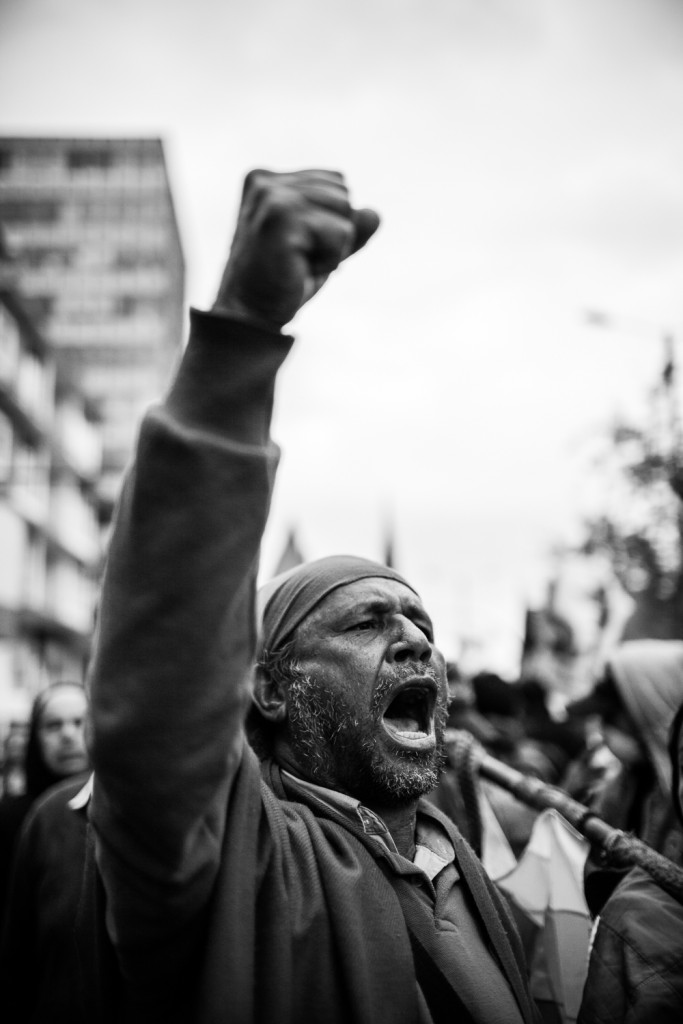 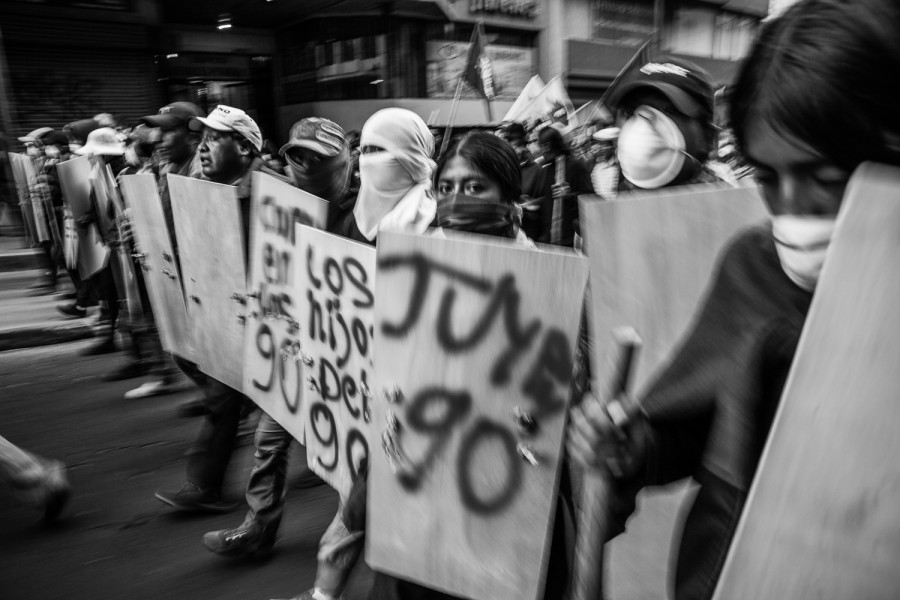 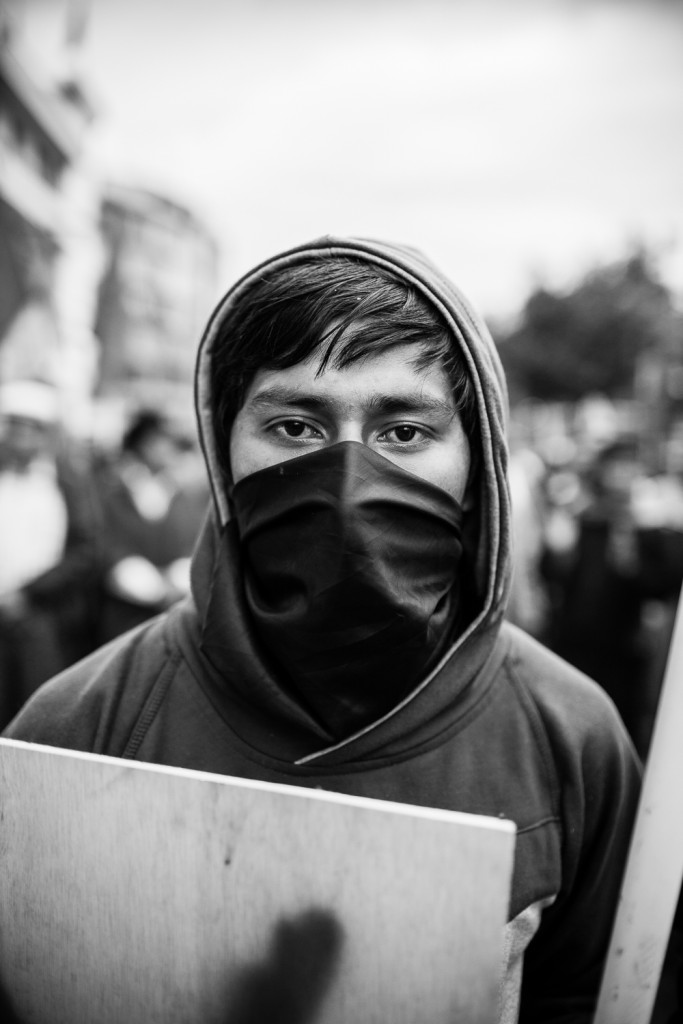 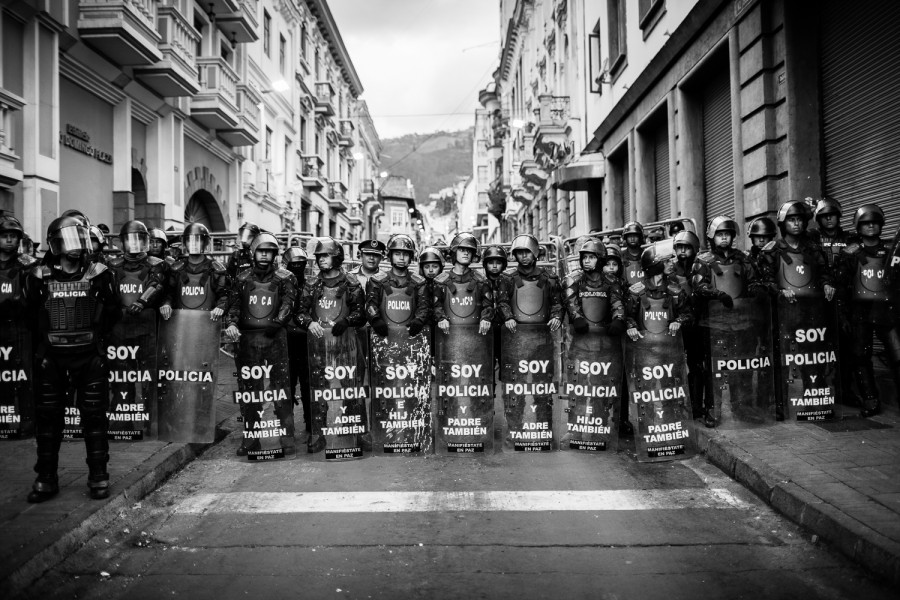 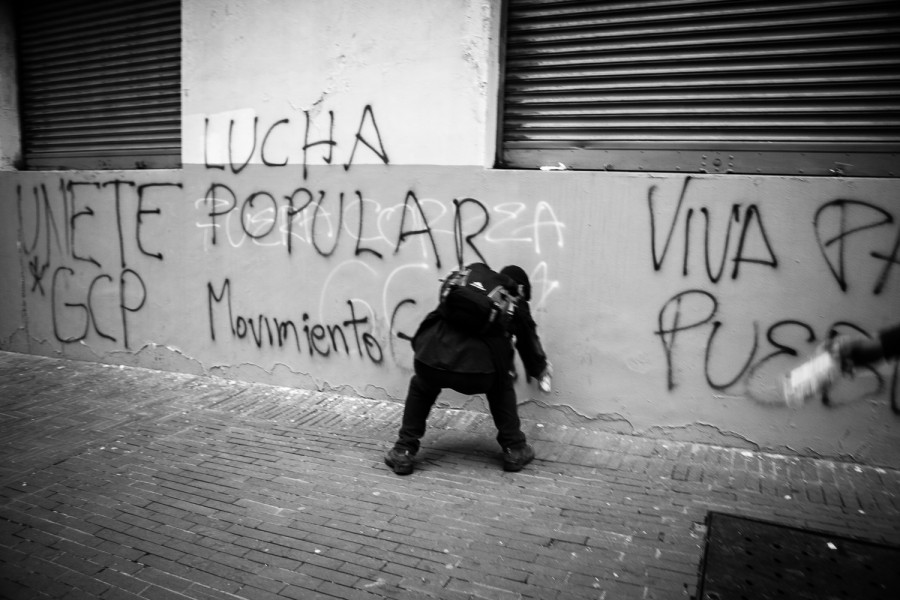 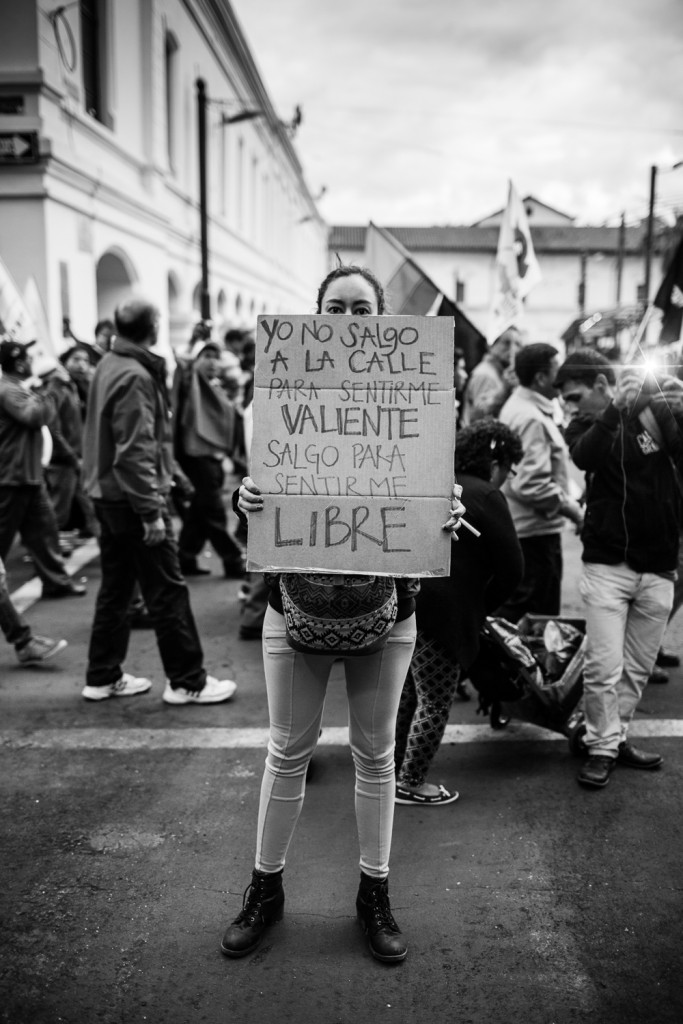 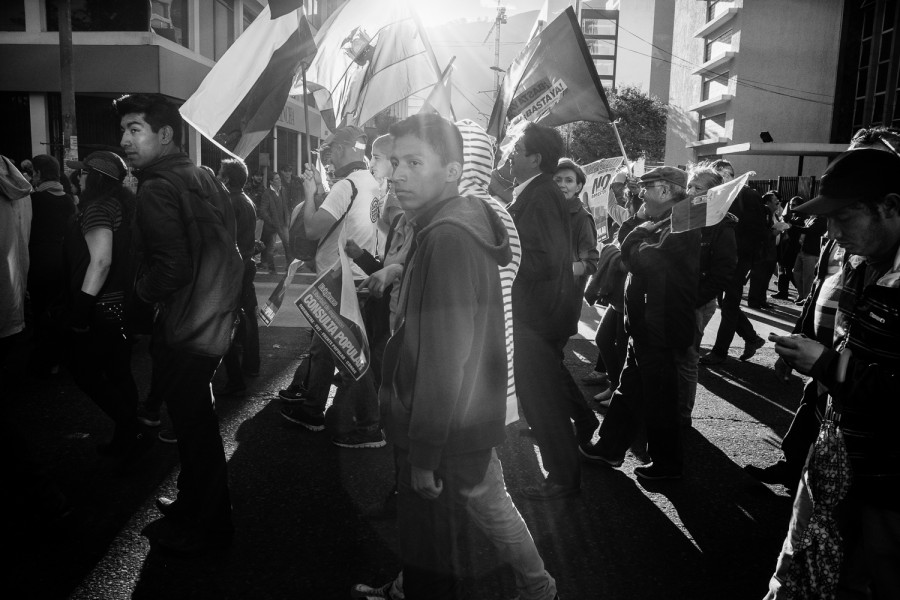 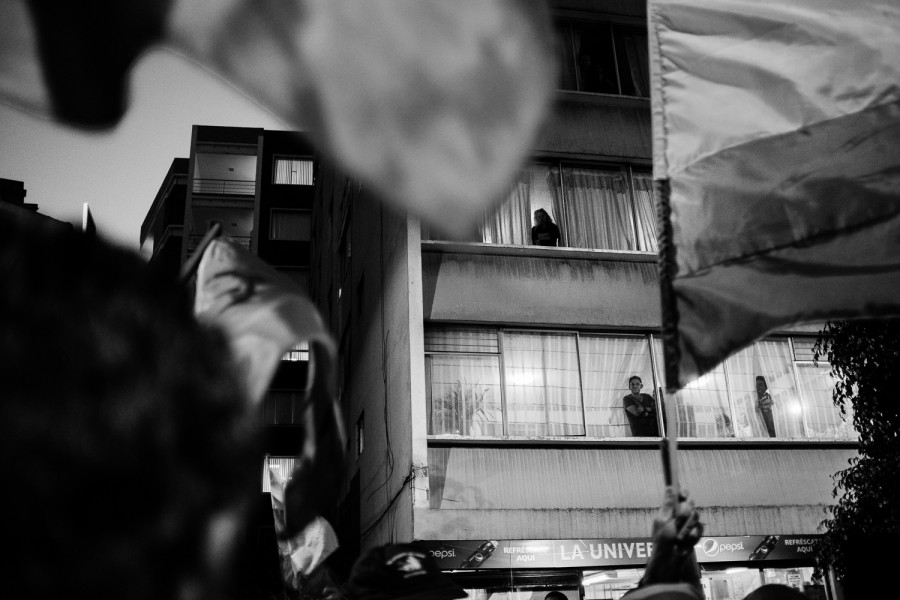 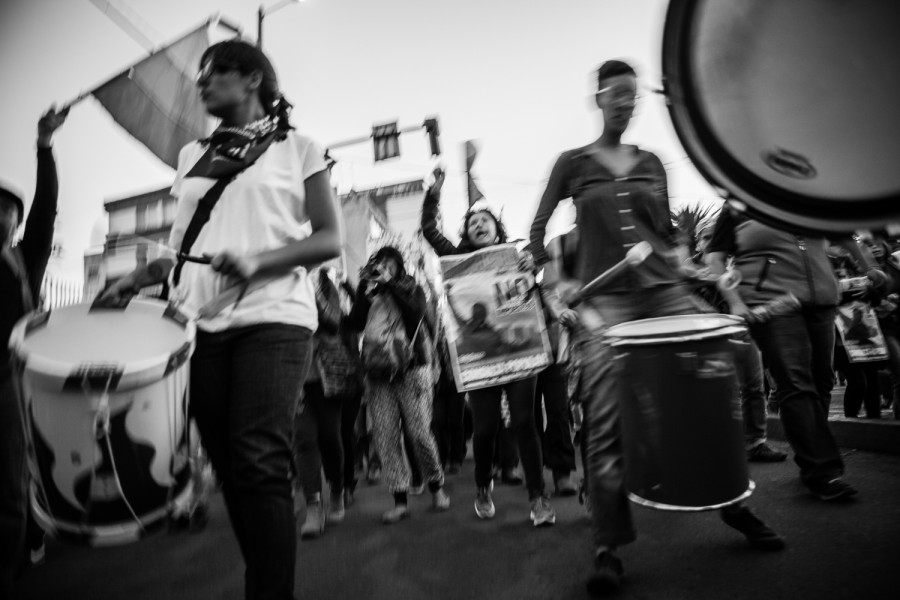 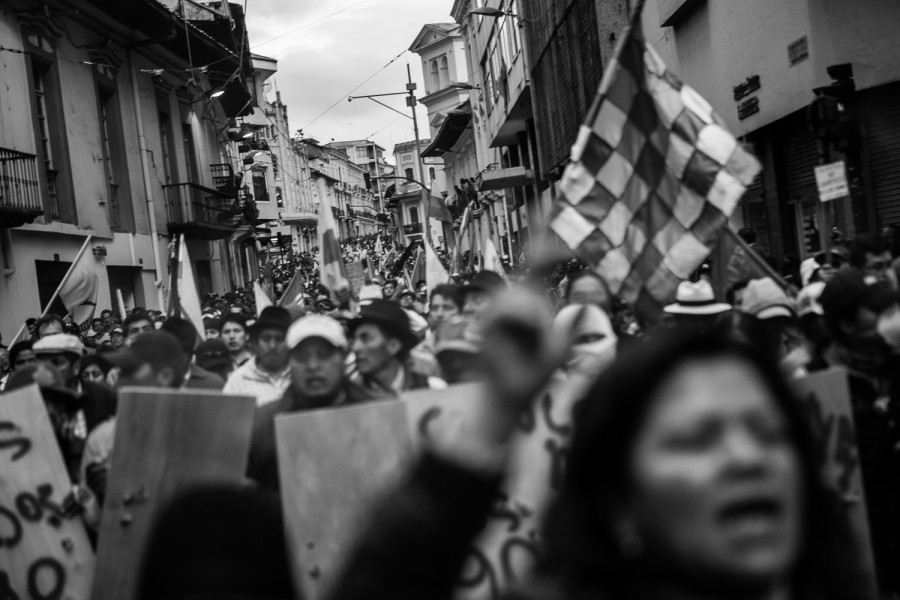