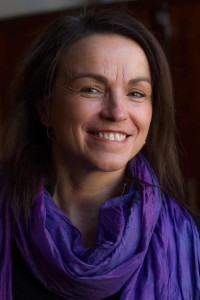 The Cecilia Vaisman Award for Multimedia Reporters will recognize Latinx and Hispanic audio and video journalists “who bring light to the issues that affect the Latinx and Hispanic communities in the U.S. and around the world,” according to Northwestern University’s Medill School of Journalism, Media, Integrated Marketing Communications.

The award, sponsored by Medill and the the National Association of Hispanic Journalists, is named in honor of Homelands Productions’ co-founder and senior producer, who died in 2015 at age 54.

Cecilia, who was born in Argentina and raised in the United States, worked in long-form and short-form audio, video, and print. She taught in Medill’s audio program and was a beloved mentor and fierce advocate for young journalists.

Cecilia received many awards for her work, including the Clarion Award and the National Federation of Community Broadcasters’ Golden Reel Award, as well as two Robert F. Kennedy Journalism Awards for reporting on the disadvantaged. A series she co-produced for NPR on AIDS in Brazil won her an Armstrong Award. In 2016, Cecilia was honored posthumously with a Studs Terkel Award from the Chicago-based organization Public Narrative.

Please click here for an obituary in the Chicago Tribune, and here for a brief audio tribute produced by WBEZ in Chicago. You can watch a video of a January 2016 memorial event at Medill by clicking here.