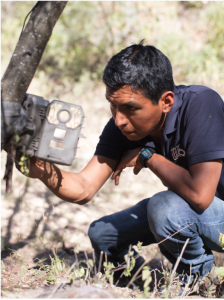 In a major piece for Pacific Standard magazine, Homelands’ Alan Weisman goes deep into the wilderness of northern Mexico and southern Arizona on the trail of jaguars who venture across the border. The 300-pound cats are at the heart of a controversy over mining, conservation, and the Trump border wall.

“Cat fight: Inside the struggle to save the latest migrants crossing the U.S.-Mexico border” describes the decades-old effort to preserve the jaguars’ northern habitat in the face of political, economic, and institutional obstacles. The struggle is becoming increasingly urgent as more jaguars are discovered farther north and plans to seal the border progress.