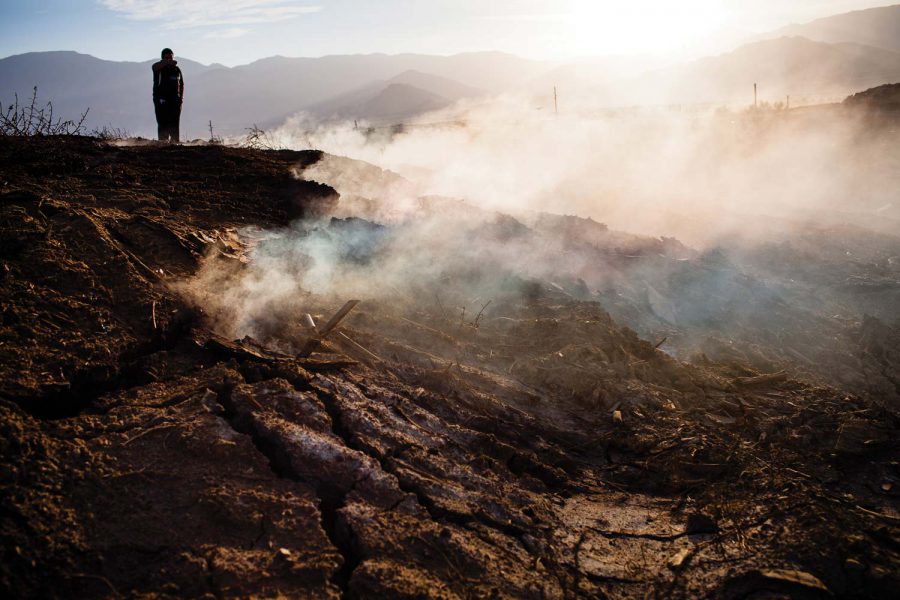 Activist Eduardo Guevara takes a picture inside Lawson Dump as smoke rises from a fire smoldering below ground. Although it was ordered closed in 2006, underground fires continued to burn for years afterward, and residents of nearby mobile home parks continued to complain about noxious odors and possible contamination. Photo by Roberto (Bear) Guerra.

For the last several years, Homelands’ Ruxandra Guidi and Bear Guerra have been visiting California’s Coachella Valley to document the environmental and health disasters there, from contaminated water to pesticide pollution to hazardous waste. Now, in a major piece for High Country News, they introduce us to Mexican and Central American immigrants who no longer want to be seen as victims.