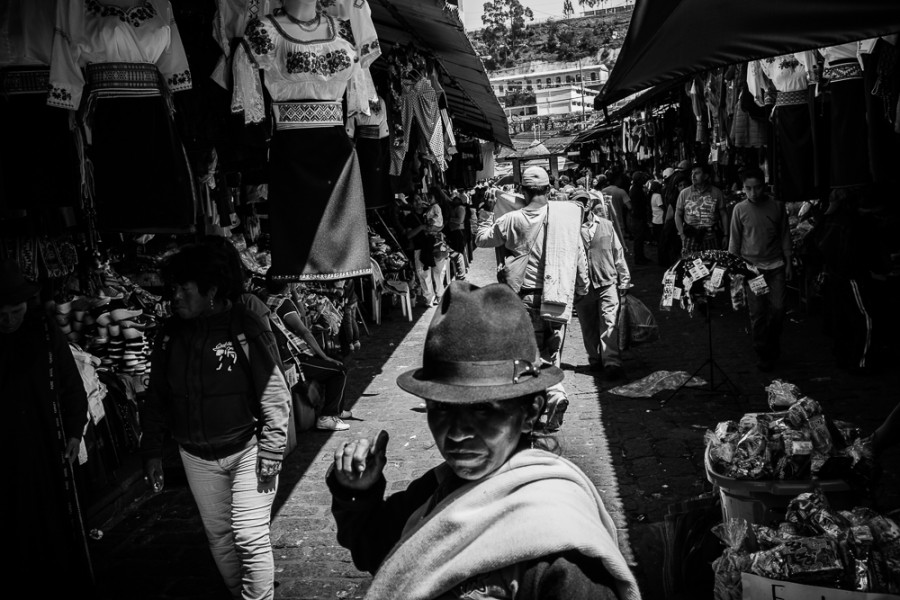 A market in Quito. Remittances from migrant workers have been a major driver of Ecuador’s economy. Now President Rafael Correa is trying to lure migrants back with incentives and social spending. Photo by Bear Guerra.

On the day Ruxandra Guidi  arrived in Quito last year, she spoke with the owner of her bed and breakfast, an English-speaking Ecuadorean in his late twenties with obvious entrepreneurial savvy. He’d attended college in the U.S. on his parents’ savings, then traveled the world on his own dime before deciding that the best place to start his own business was back in Ecuador.

Soon Ruxandra began to notice a trend: Talented young Ecuadoreans were taking advantage of opportunities to study or work abroad. But in a break from their parents’ generation, they were heading home as soon as they possibly could.

That can be explained in part by ongoing economic troubles in Europe and a tight job market in the U.S. But a major factor is a boom in social spending in Ecuador, coupled with an aggressive government program to lure migrants back from overseas.

You can check out Ruxandra’s story for the Christian Science Monitor here. The piece was produced with support from The International Reporting Project.