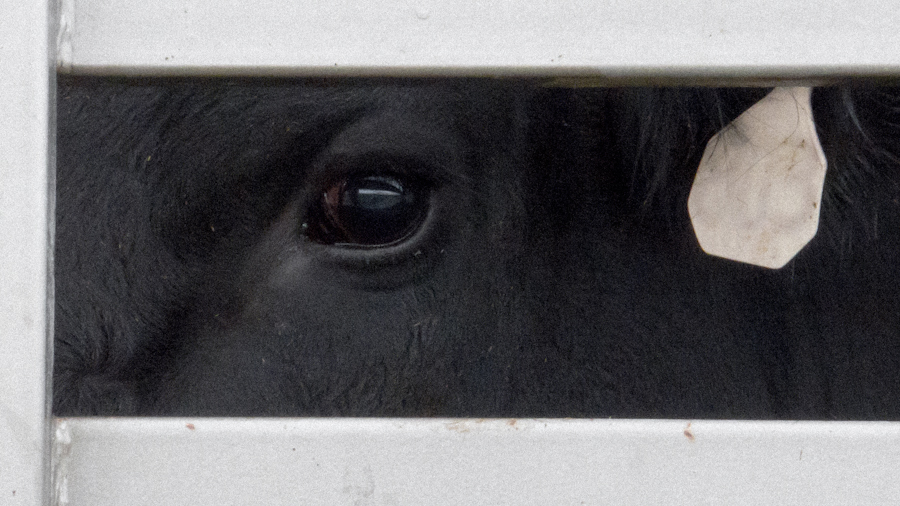 A cow, owned by John Harter, is trucked to a sale barn auction in Winner, South Dakota. The photo, by Jeff Jacobson, was taken on his journey to meet the Americans whose lands would be disrupted by the controversial plan to pipe petroleum from Canadian tar sands to export facilities on the Gulf of Mexico.

As the U.S. Senate prepares to vote on the Keystone XL Pipeline this week, we thought we’d let you know about a terrific photo essay from the path of the proposed pipeline that recently appeared in Politico. Photographer Jeff Jacobson is a long-time friend and collaborator with Homelands producers.

Jacobson’s photographs are in the permanent collections of The Whitney Museum of American Art in New York, The San Francisco Museum of Modern Art, The Houston Museum of Fine Art, George Eastman House in Rochester, NY, The Center for Creative Photography in Tucson, AZ, and Center for Photography at Woodstock, NY. His latest book is The Last Roll, Daylight Books, 2013.