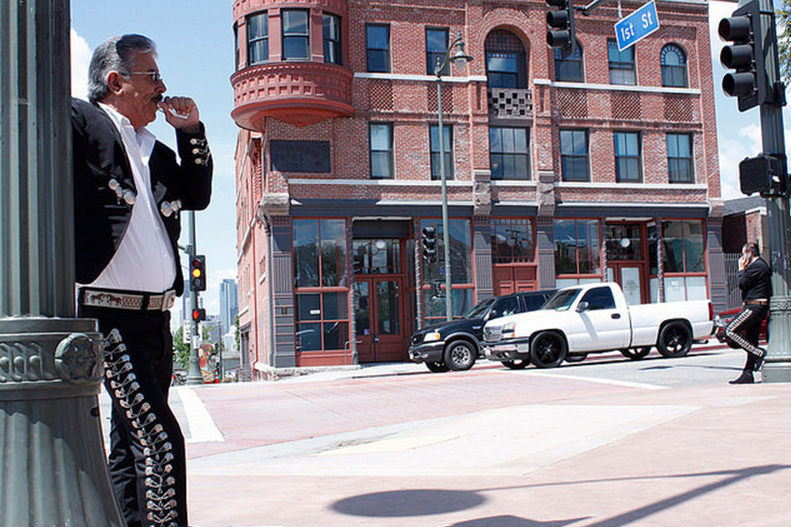 In 24 Hours: A Day in the Working Life, 12 Los Angeles-area workers – including a stripper, deli waitress, bus driver, metal scrapper, and bathroom attendant – take us inside their workplaces to show us what they do and why they do it.

The Labor Day special aired on public radio stations around the country yesterday. It was reported by graduate students at the Annenberg School for Communication and Journalism at USC as part of a course taught by Homelands’ Sandy Tolan and Karen Lowe of the web and radio project Bending Borders.

Karen is an old friend of Homelands; as an editor for Marketplace, she worked on many of the profiles in our WORKING series.

24 Hours is a co-production of Homelands Productions, Bending Borders, and the USC Annenberg School. It is distributed by the Public Radio Exchange (PRX).