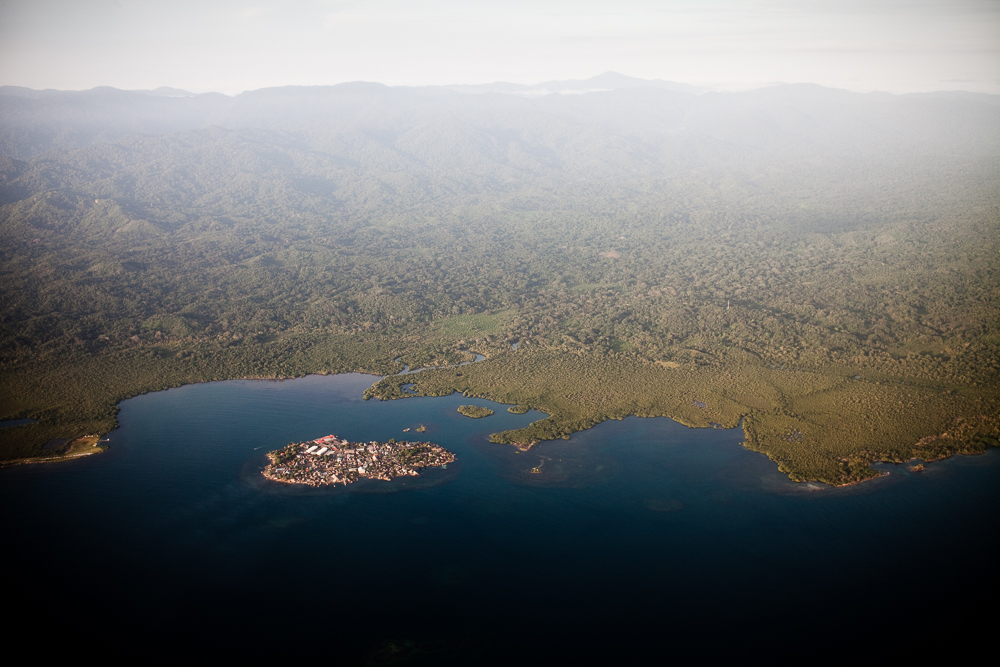 Ruxandra Guidi and Bear Guerra recently returned from a two-week visit to the indigenous communities of Kuna Yala, on Panama’s Caribbean coast. They were exploring the Guna (also known as Kuna) people’s relationship to their mainland forest, which is among the best preserved in the region.

Their trip was supported by a Mongabay Special Reporting Initiative fellowship on the role of community forest management in efforts to limit climate change.

A recent report by the World Resources Institute looked at deforestation and greenhouse gas emissions in the world’s most heavily forested countries. The researchers found that land held by local and indigenous communities tends to be significantly less affected by deforestation – and to produce far fewer emissions–than land managed by governments or private entities.

Rux and Bear will publish their print, radio, and multimedia stories this fall.