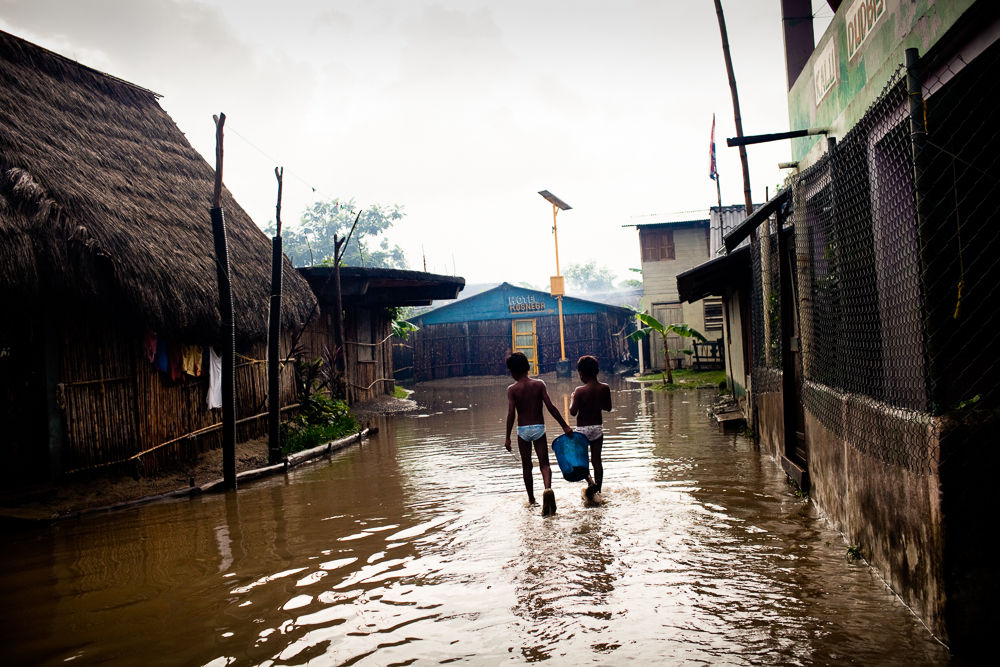 Children walk through floodwaters in Ustupu Island village in the Kuna Yala region of Panama. With sea levels rising and storms in the islands getting stronger, indigenous Kuna leaders are planning to relocate entire villages to the mainland. Photo by Bear Guerra.

The environmental website Mongabay.org has selected Homelands producer-members Ruxandra Guidi and Bear Guerra for a Special Reporting Initiative award for their multimedia project on climate change and community forestry in Panama. 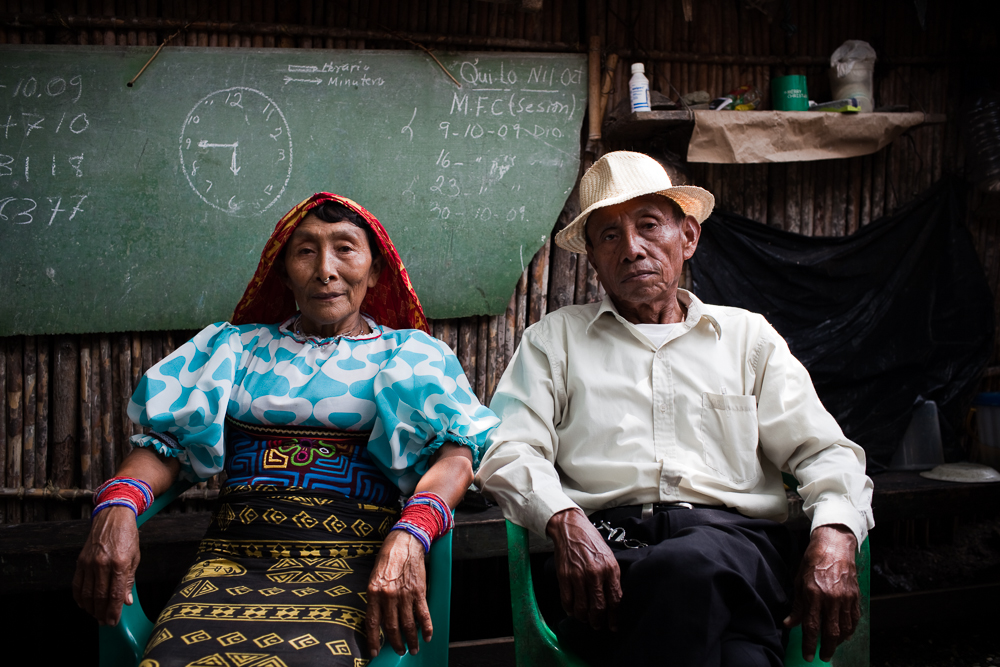 Ruxandra and Bear have reported from the area before, for The Atlantic. With support from Mongabay, they’ll return to do more reporting this spring and summer. They plan to publish their work later this year under a Creative Commons license.

Other winners of Mongabay’s Special Reporting Initiative awards are Robert Eshelman for his look at deforestation in Indonesia and Dominic Bracco II and Erik Vance for an investigation of sustainable fisheries in China.

Radio and print journalist Ruxandra Guidi and photographer Bear Guerra joined Homelands as producers and board members in February. They co-founded the multimedia group Fonografia Collective.