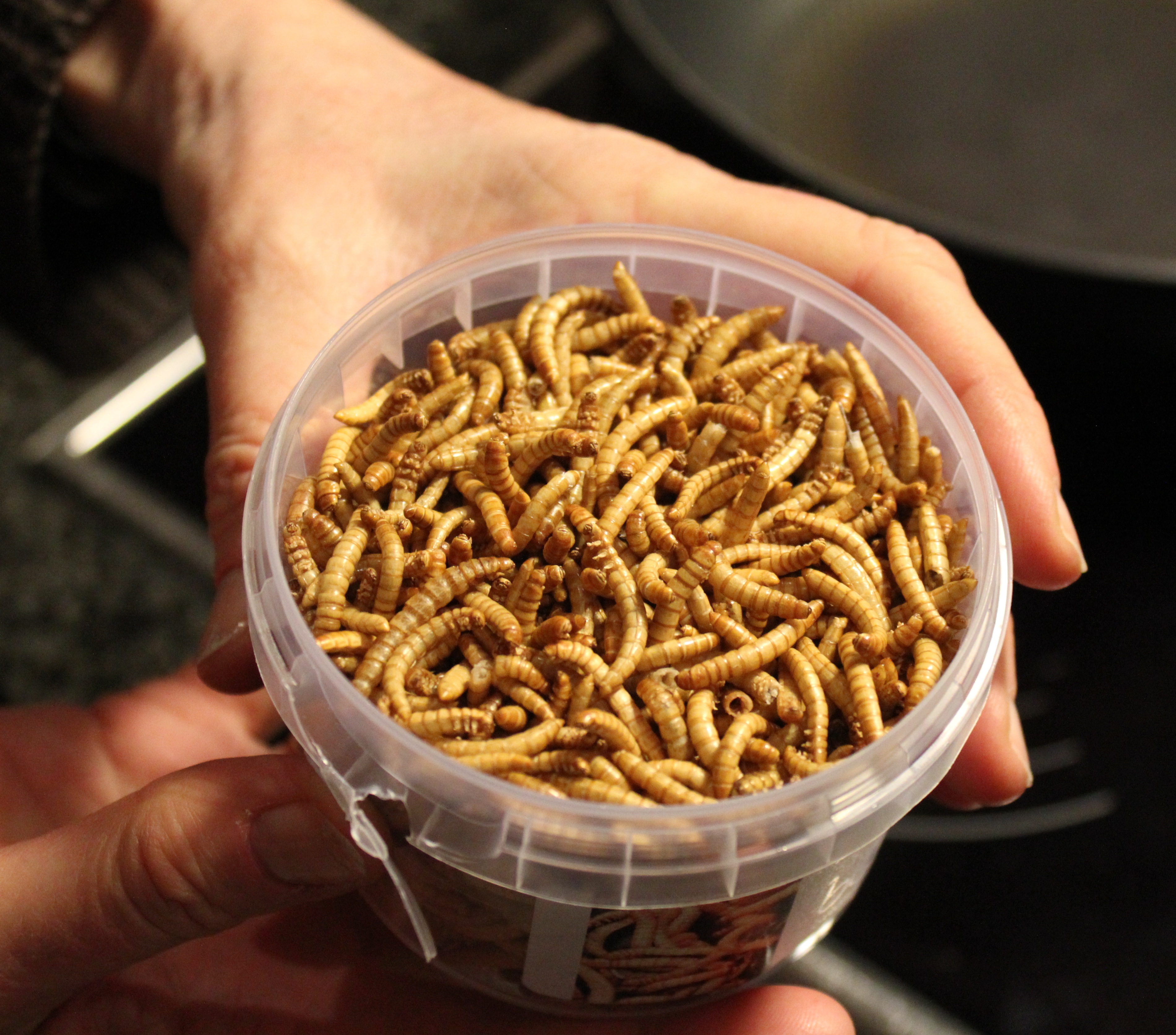 Mealworms are nutritionally similar to beef, but are much more efficient at converting feed into protein. Photo by Jon Miller/Homelands Productions.

In the final story in the “Food for 9 Billion” project, Jon Miller races around the Netherlands hunting for climate-friendly alternatives to meat. The piece airs today on PRI’s The World.

“Food for 9 Billion” was a collaboration among Homelands Productions, The Center for Investigative Reporting (CIR), Marketplace from APM, The World and PBS NewsHour. We are deeply grateful for the chance to work with such fine partners.

In addition to producing the television features, our friends at CIR created an animated video called “The Hidden Costs of Hamburgers,” which has been viewed more than 184,000 times.

We also produced two interactive web features (a World Food Map and World Food Timeline); thanks to Darcy Branchini and Stefan Einarson at the International Programs section of the College of Agriculture and Life Sciences at Cornell University, as well as to Chris Barrett at the Atkinson Center for a Sustainable Future, also at Cornell, for their help on those.

And of course all the partners blogged and tweeted as we went.

The project isn’t actually 100 percent finished. We’re still working on educational materials for high school students, and CIR plans to produce a long-form television feature about the food relationship between the US and China. We’ll keep you posted on those. We’ll also keep the Twitter account alive, at least for a while.

To all you loyal readers, listeners and viewers: Thank you! And please do keep in touch.