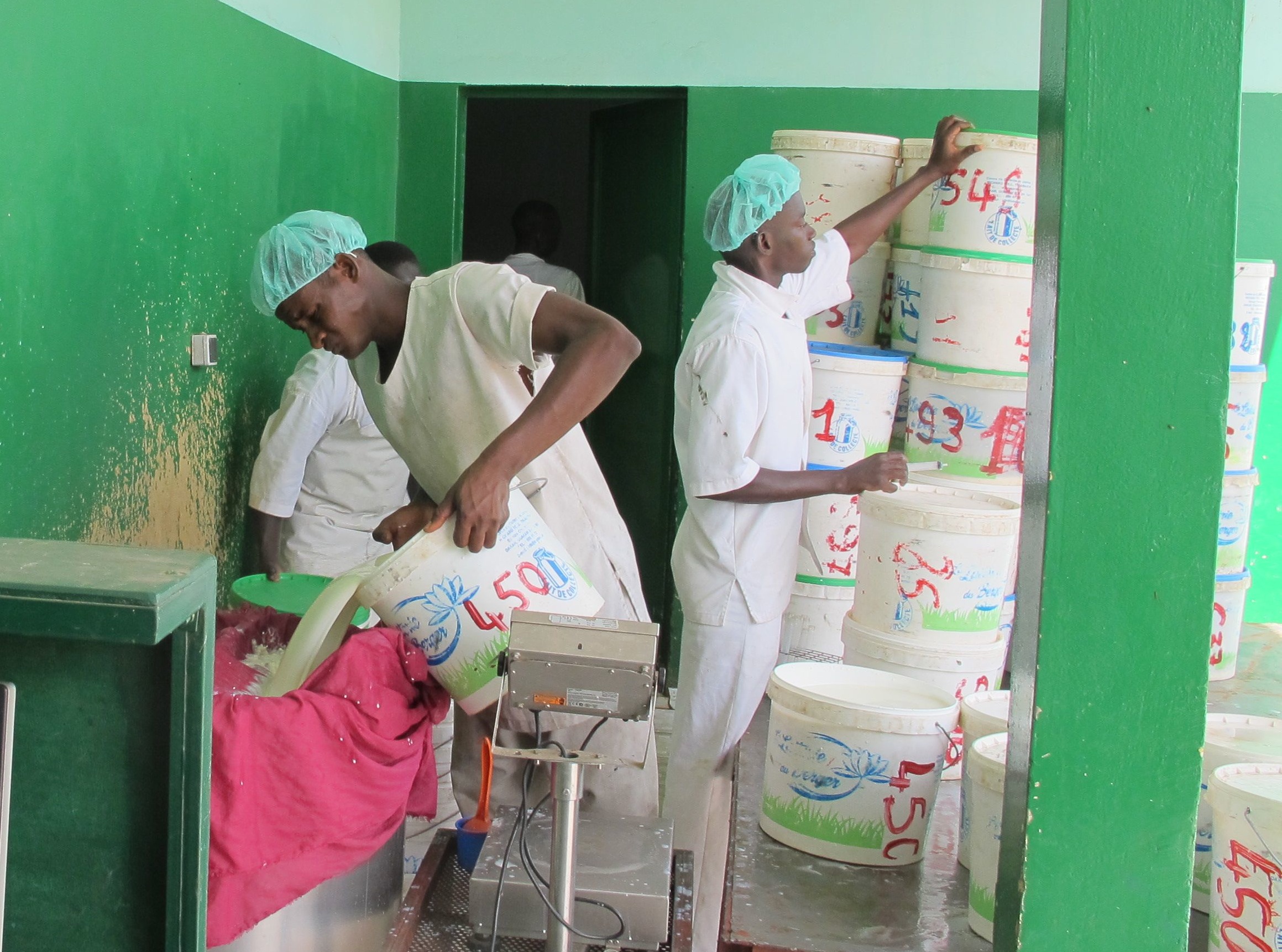 Workers at La Laiterie du Berger in Senegal weigh and filter milk before transforming it into yogurt. The company collects milk from isolated herders who have no other way to get it to consumers. Photo by Jori Lewis for Homelands Productions.

With drought, storms, pests, diseases, poverty and a plethora of other constraints, it’s hard enough for the world’s farmers and fishers to keep us all fed. It hardly seems fair that one-third or more of what they produce goes uneaten.

Not that it’s just a question of fairness. Consider the cost in land, water, labor, fuel, money and greenhouse gases. If we’re going to feed 9 billion people by the middle of the century, and not destroy the planet in the process, cutting down on waste seems like a smart place to start.

Today on Marketplace, the “Food for 9 Billion” project looks at two very different worlds of waste. First, reporter Jori Lewis travels to a remote area of Senegal, where cattle herders throw away much of the milk their cows produce because they have no way to get it to market. Then Adriene Hill visits an elementary school near Los Angeles, where lots of the milk kids take with their lunches ends up in the trash.

The stories echo the dual nature of the food waste challenge: In poor countries, most losses occur on the farm or in transit and storage, while in rich countries, the waste is greatest at the consumer end.

What’s to be done? That depends on where in the world you are.

If you can’t catch the show, look for audio, transcripts and photos on Marketplace.org and Foodfor9Billion.org this afternoon. In the meantime, check out Adriene Hill’s blog post on the global food waste problem.