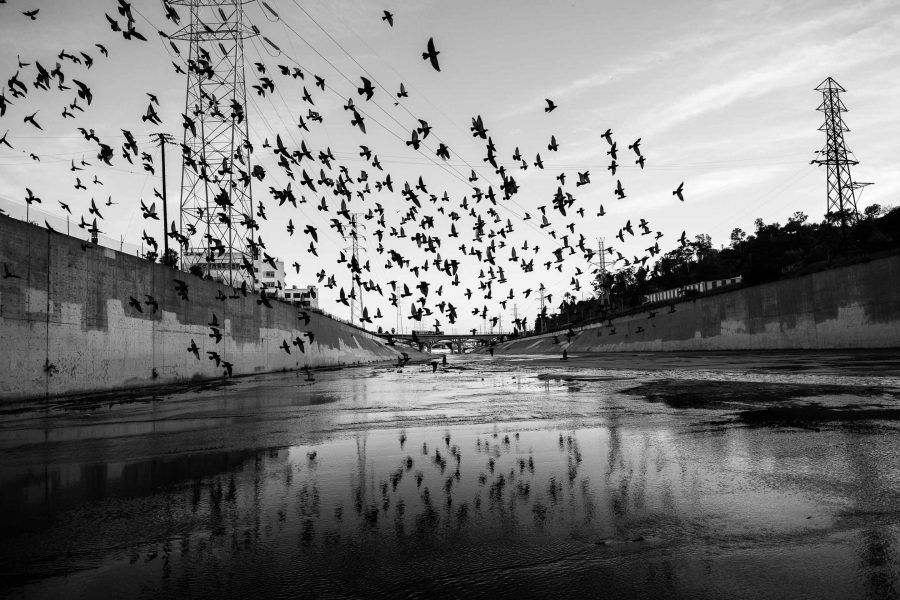 A flock of pigeons flies above a concrete section of the LA River in this selection from Bear Guerra’s photo essay “A Possible River.”

Bear Guerra has been spending a lot of time around the Los Angeles River, contemplating its meaning and (lucky for us) shooting photos. His photo essay “A Possible River” was recently published in Emergence Magazine and features 22 thoughtfully captioned black-and-white landscapes, portraits, and still lifes. From his written essay:

Surprisingly few Angelenos are even aware that the massive man-made drainage ditch they see from the freeway was once a verdant habitat for a diversity of birds, mammals, and fish; or that today there are still several soft-bottom stretches where natural springs prevented the concrete from taking hold, offering a rare chance for nature to thrive amidst the sprawl. One has to know where to look, but a sense of what once was here—before all the cars and people—can still, to some extent, be found. 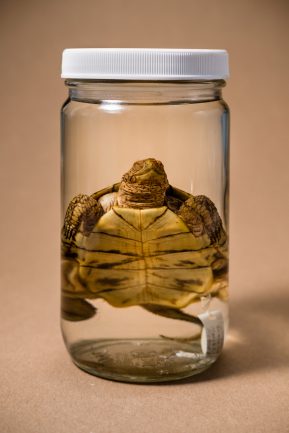 The western pond turtle (Actinemys marmorata) was the only native turtle species that would have been found in the LA River before channelization. It has been completely extirpated and is now a California “species of special concern.” Photo by Bear Guerra.

In June, Bear published “An inventory of loss on the Los Angeles River” in High Country News with 13 color images documenting animal species that once lived in and along the river but are no longer found there. The photos, he writes, “represent the erasure of incredible diversity and beauty” not just from the area, but also from “the collective memory of Angelenos.”

But there is, he notes, an active citizen movement that hopes to revitalize the river. He says he hopes his essays help. “[I]f we can remember what was lost,” he writes, “then certainly we can imagine what might be again.”