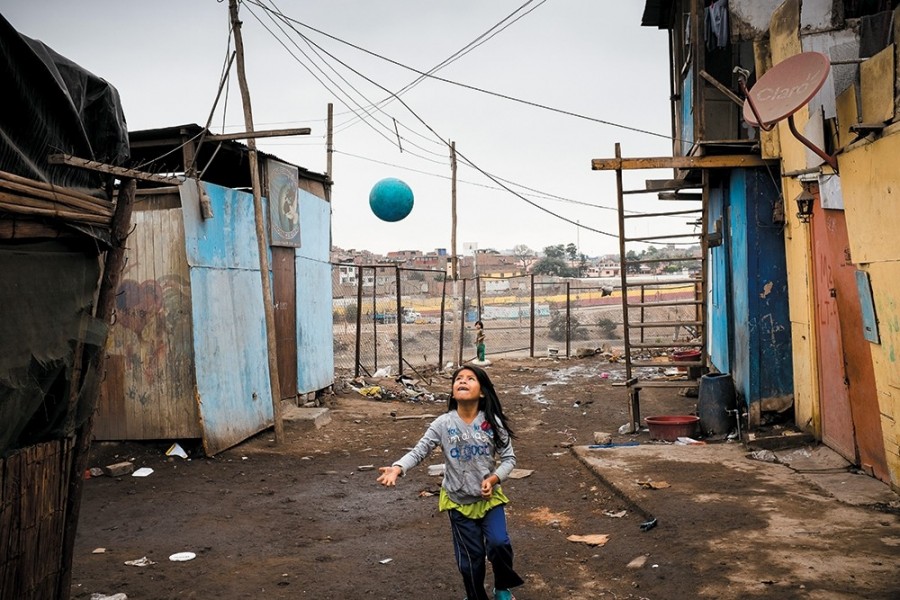 A girl from the Shipibo ethnic group plays in the Cantagallo neighborhood of Lima, Peru. Photo by Bear Guerra.

The photo above, from a 2015 story by Bear Guerra and Ruxandra Guidi published in Americas Quarterly, has won a prestigious American Photography award.

The piece, “Indigenous Residents of Lima’s Cantagallo Shantytown Confront an Uncertain Future,” describes how 200 families from an Amazonian group are facing eviction from their settlement along the polluted Rimac River in Peru’s capital. The families were pushed off their original territory in 2000 by logging and mining activities.

Bear and Rux have been collaborating for several years under the name Fonografia Collective. They recently moved from Quito, Ecuador, to Los Angeles to work on a year-long project about aging in LA for the public radio station KCRW.