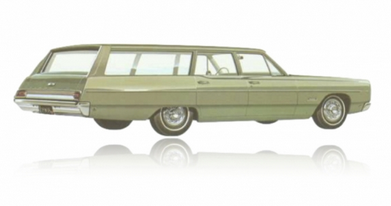 The Millers owned an avocado green 1968 Plymouth Fury Suburban station wagon, just like the one pictured, but theirs didn’t float.