We can’t wait for Homelands co-founder and senior producer Alan Weisman‘s latest book to hit the shelves on September 24. It’s called Countdown: Our Last, Best Hope for a Future on Earth? and it’s been getting terrific reviews.

“In Countdown, Alan Weisman, a journalist probing whether a sustainable balance between nature and the human population can be achieved, offers a key message to guide future action.” —Nature

“This is not a jeremiad but a realistic, vividly detailed exploration of the greatest problem facing our species.” —Kirkus Reviews (starred review)

“Countdown is [Weisman’s] bold, troubling, and often inspiring search for ways to save ourselves.” —Men’s Journal

Here’s the press release from the publisher, Little, Brown and Company: 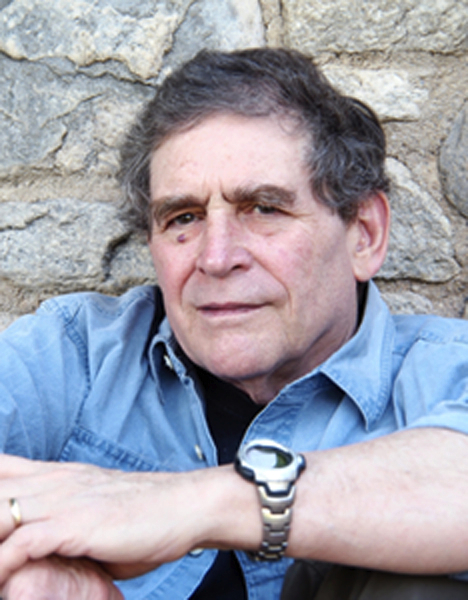 Alan Weisman’s previous book, “The World Without Us,” was a finalist for the National Book Critics Circle Award. It has been translated into 34 languages.

In his internationally bestselling book The World Without Us, Alan Weisman considered how the world could heal and even refill empty niches if relieved of humanity’s constant pressures. Behind that groundbreaking thought experiment was his hope that we would be inspired to find a way to add humans back to this vision of a restored, healthy planet—only in harmony, not mortal combat, with the rest of nature.

But with a million more of us approximately every 4 1/2 days on a planet that’s not getting any bigger, and with our exhaust overheating the atmosphere and altering the chemistry of our oceans, prospects for a sustainable future seem ever more in doubt. In Countdown: Our Last, Best Hope for a Future on Earth?, Alan Weisman’s long awaited follow-up book, he traveled to 21 countries to ask four questions that experts agreed were probably the most important on Earth—and also the hardest.

How many people can the Earth sustain?

If, in order to ensure our survival, we need to stop our growth before we hit 10 billion—or even reduce our numbers from our current 7 billion—is there an acceptable, nonviolent way to convince all of the world’s cultures, religions, nationalities, tribes, and political systems that it’s in their best interest to do so?

What kind of ecosystem is necessary to maintain human life, and what species or ecological processes are essential to our survival?

Truly a journalistic tour de force, Countdown is a riveting piece of narrative nonfiction that is impossible to put down, as compellingly entertaining to read as its message is urgent.

Weisman takes readers around the world to such diverse locales as Pakistan, a land the size of Texas whose numbers by midcentury will surpass today’s United States; the Philippines, where too many fishermen struggle to feed large families from increasingly depleted seas whose rising waters encroach on cropland; to Niger, with the world’s highest fertility rate, where each woman bears an average of seven to eight children; to Italy and Japan, where population has actually fallen below replacement rate: two children per two adults.

Weisman shares alarming projections about our ability to keep feeding growing multitudes, but he also reveals some startling successes, such as in Iran, where a voluntary family planning program dropped the highest rate of population growth in history to replacement level a year faster than China’s compulsory one-child policy.

By vividly detailing the burgeoning effects of our cumulative presence, Countdown reveals what may be the fastest, most acceptable, practical, technologically feasible, and affordable way of returning our planet and our presence on it to balance. Alan Weisman again shows that he is one of the most provocative journalists working today, with a book whose message is so compelling that it will change how we see our lives and our destiny.